House races in the South among most competitive | clarionledger.com | The Clarion-Ledger
www.clarionledger.com
Stephen Rozman, a political scientist at Tougaloo College, said Childers' race will be partly a referendum on Obama and Democratic leaders. "Republicans will try to tie Childers to the national Democratic Party and make him appear more liberal than he is or than his voting record indicates," Rozman...
Posted by Frances Jones-Sneed at 7:26 AM No comments:

Posted by Frances Jones-Sneed at 7:25 AM No comments:

Sompost.com – Hot News » Blog Archive » African-American History ...
By Pan-African News Wire
... nearly 1000 volunteers were mobilized from northern universities and communities to travel to Mississippi that summer to organize an independent Freedom Democratic Party (MFDP) and to register thousands of African-Americans to vote. ...
Sompost.com - Hot News - http://www.sompost.com/
The Activist | Looking Black - Radio One Celebrates Black History ...
By Jill Parker
Thanks to Hamer's relentless commitment, not only can African-Americans vote with no restraints, they eventually went to the voting booths in droves and successfully elected the first African-American President. Fannie Lou Hamer was born in Montgomery County, ... In 1964 she became SNCC's field secretary, and co-founded the Mississippi Freedom Democratic Party (MFDP), which challenged the legitimacy of the Democratic National Convention's all-white Mississippi delegation. ...
Looking Black - Radio One Celebrates... - http://lookingblack.com/
Poverty in Mississippi Delta worsened by poor broadband Boing Boing
By Cory Doctorow
We're about 70 miles west of the Mississippi Delta region this study is referencing. Incidentally, the population of Alexandria is 47000, of which 54% identify as African American. Author Profile Page ...
Boing Boing - http://www.boingboing.net/
Black Americans in the 2010 Census
There are 40 million black Americans on the eve of the 2010 Census. We are 12.3 percent of the U.S. population down from 14.8 percent of the population in 2000. African Americans became the nation's second-largest minority group in the ... The District of Columbia had the highest percentage of blacks (56 percent), followed by Mississippi (38 percent). Cook County, Ill. (Chicago's county) had the largest black population of any county (1.4 million), and Orleans Parish, La. ...
THEROOT.COM - http://www.theroot.com/users/cicurug
The Vail Spot: Which Party Supports Minorities?
By Rich V.
In September 1962, U.S. Air Force veteran James H. Meredith enrolled as the first African-American student at the University of Mississippi. Governor Ross Barnett strongly opposed his entry into the school. Was Barnett a Democrat or a ...
The Vail Spot - http://thevailspot.blogspot.com/
W.E. A.L.L. B.E.: Being True To Black Historymakers
By tha artivist
The settlement called for the first two front seats being reserved for Whites, the long seat in the back of buses reserved for African Americans and all sets in between offered on a first-come-first-served basis. ... W.E. A.L.L. B.E. Radio Special~Susan Klopfer: Blogging For Justice & History For Emmett Till & The Mississippi Delta...Using 21st Century Technology To Get Justice & Archive History For 20th Century Atrocities In The Mississippi Delta. ...
WEALLBE - http://weallbe.blogspot.com/
TODAY IN BLACK HISTORY 2/10/10 « The Renaissance Man
By jw39
Disfranchisement for most African Americans in the state persisted until the Civil Rights Movement of the 1960s gained federal legislation to protect their suffrage. 1927 – Mary Leontyne Violet Price is born in Laurel, Mississippi. ...
The Renaissance Man - http://jw39.wordpress.com/
NOTABLE WOMEN IN BLACK HISTORY -- TWO CIVIL RIGHTS ACTIVISTS ANNA ...
By WPWI
SOURCE: http://www.ldsgenesisgroup.org/history/annahedgeman.html Anna Hedgeman: A Powerful Force in Civil Rights African-American politician and activist Anna Arnold Hedgeman was born July 5, 1899, in Marshalltown, Iowa, ... She fought for decades to gain justice in the assassination of her first husband, Mississippi NAACP leader, Medgar Evers, worked tirelessly for civil rights, and in 1995, won the chairmanship of the National Association for the Advancement of Colored ...
Women's Philanthropy--Women's Issues - http://womensphilanthropy.typepad.com/stephaniedoty/
WEESeeYou Congressional Black Caucus: CBC Spends More on Catering ...
By Webb
The caucus says its nonprofit groups are intended to help disadvantaged African-Americans by providing scholarships and internships to students, researching policy and holding seminars on topics like healthy living. But the bulk of the money has been spent on elaborate conventions that have become a high point of the Washington social season, as well as the headquarters building, golf outings by members of Congress and an annual visit to a Mississippi casino resort. ...
WEE See You... - http://weeseeyou.com/
Posted by Frances Jones-Sneed at 6:36 AM No comments:

Posted by Frances Jones-Sneed at 6:30 AM No comments:

How many Mississippis are there, one or two?

in reference to: The Vicksburg Post > Archives > Columns > Mason sees Mississippi as forever divided by race (view on Google Sidewiki)
Posted by Frances Jones-Sneed at 1:36 PM No comments:

Google Alert - African Americans in Mississippi - Google Docs
Posted by Frances Jones-Sneed at 5:52 AM No comments:

, a fancy photo sharing thing.
Posted by Frances Jones-Sneed at 9:21 AM No comments: 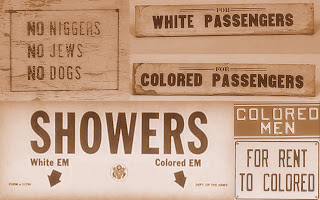 Posted by Frances Jones-Sneed at 8:14 PM No comments:

Remembering the 60s in Mississippi
http://chasblogs.blogspot.com/2008/01/part-five-black-churches-of-mississippi.html
Posted by Frances Jones-Sneed at 1:41 PM No comments:


To be rooted is perhaps the most important and least recognized need of the human soul... A human being has roots by virtue of his real, active and natural participation in the life of a community... this participation is a natural one in the sense that it is automatically brought about by place, conditions of birth, profession and social surroundings. Places, and particularly home, are seen, therefore, as the foundation of our identity. Given the acceptance of place as important, a sense of place is seen as a necessary feature of individual identity.

This is my web log about growing up in Mississippi.